The day before the Wheel2Wheel team rode into Kuala Lumpur we were a bundle of nerves, we still had no confirmation if there were any companion riders and we were worried if reporters will turn up for the press conference scheduled for the following day.

But come Thursday morning as Morgan Parker rode into the open door press conference accompanied by six Ladies of Harley to an eager press including a national TV station we were beaming with pride to be associated with the Wheel2Wheel expedition. 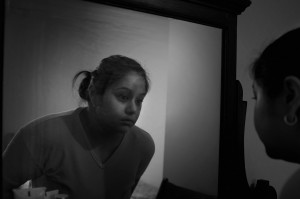 As Morgan spoke with passion about why he began this gruelling bike journey over 10 countries meeting the chosen charitable organisations it dawned on me that we were part of an extraordinary initiative. Morgan has pulled together and shone a light on ordinary people determined to do the extraordinary. I am not thinking only of the W2W team who joined Morgan in KL, namely Alan Ng, Paige Sinclair and the camera crew made up Dickie, Hei and Michelle. I am also astounded by the unsung heroes in the ten countries who are changing the world. I know it sounds cheesy but I was humbled by Morgan’s retelling of a story in Laos where children are given a bowl of rice to take home after school so that they can feed their families. Otherwise these very poor families are forced to send their children to work and not to school.

During the 3 days the W2W team was with us filming our work and getting to know us we had to reflect on our work. During the film shoot Dickie asked me why is our work relevant to women in Malaysia.

From the first day I began as a volunteer in 1982 and until now as WAO’s Executive Director I have not wavered in my conviction that WAO is a safe haven for women who are brutally beaten, mentally abused and raped by the very person who they once loved and still continue to love. Domestic violence occurs in the privacy of a family and it hurts the children too. Just last Wednesday one of our clients who I accompanied to court told me how her own family told her to be patient and pray he will change. She stayed in that abusive relationship for four years choking back her fear for the sake of her children.

My colleagues at the WAO Shelter and Child Care Centre are ordinary women (who are feminists too J) ! determined to reach out to any women suffering violence to support her and tell her she is not to blame, we are on her side. To do this we need one million ringgit per year indeed we are so happy to have been chosen by the W2W team and share their dream.  Meeting Morgan Parker and the W2W team reminds me of one of my favorite quotes by Margaret Mead “Never underestimate the power of a small group of committed people to change the world. In fact, it is the only thing that ever has.”